*NEW ALBUM OUT ON THURSDAY SEPTEMBER 10th 2020*!
We're very happy to announce the arrival date of our 2nd. album! First single off the album, which will be entitled 'Self-Igniting Trash Facility', is set to release on Wednesday August 19th 2020 and it is the title track. The album will be available as streaming and download.

Long time no see! We have just completed a three days recordingsession last week! Meaning that our next release is on it's way. It should be out no later than late summer 2020. :) We have had some really good and fun working days in the studio together, along with sound engineer Jesper Malling. Over the next months it will be mixed, mastered etc. And other things needs an adjustment before we have a release date. Stay tuned..

Yo! We will open the jamsession @ Studenterhuset here in Odense tomorrow Thursday May 10th. at 20:30! Free jam afterwards! Come hang out! :-)

Big thanks to all who showed up at Momentum on Friday February 2. :-)

Had some great fun at the amfitheater stage on Saturday august 26 in odense. There's a few pics in the Media section.

Three live-dates has been added to our calendar, and we're looking forward to do some concerts again. (Times @ Studenterhuset and @ Mandagsklubben to be confirmed). Besides that, Frederik writes new music and our site has been updated. Later this summer we'll do a new photosession. Which will not be a January session like last time.. :)

Our first album review is by danish jazzblogger Niels Overgård at Jazznyt. Niels Overgård highlights the on-going happy vibe during the album and says that "The collaboration between Frederik Christiansen and Andreas Bøttiger sparkles". We thank him for the kind words. http://jazznyt.blogspot.dk/2017/03/lagoon-at-noon-dont-pour-water-in-your.html

Had so much fun playing at Café Retro in Copenhagen on friday march 31. Thanks to all who dropped by. The staff asked us to come back. :-)

We've been played quiet a lot on the radio lately on DR P8, sending our tune Maj Regn to the top among their "most played" tracks. Other of our tracks has also been played. -We have updated our homepage. Hope you like it. :-) -Anders and Frederik have regular band meetings and Frederik is writing new music again.

We have been played in P8 jazz a few times now, in various programs. P8 jazz is the main radiostation in Denmark for jazz related music, run by the danish national radio DR.

Today our saxophonist Andreas Bøttiger won the title as "Årets fynske jazzmusiker 2016" -Jazz Musician of the Year on Funen 2016. The prize is given each year by "Foreningen af fynske jazz musikere" (The union of Funen jazz musicians) to a musician, who work hard and strive for the jazz community. The union find that Andreas Bøttiger continuingly keeps improving on his instrument every time you hear him. He is active in various groups and formats. He leads a monthly jamsession at the studenthouse in Odense and he inspires other local musicians. The prize was given at Musikhuset Dexter and led by Tiptoe Bigband whom he also performed with. -We congratulate him!

A few new video live sessions recorded at our rehearsing room will be released soon. First one out already. See the "music" page.

Release concert went well. About 60 people in the audience and wdeployed the record from start to finish live. The album can be purchased on iTunes or as a physical album through this link: http://gatewaymusic.dk/album/23836

Received the CD's today. 300 copies. Which is several days before the release on september 25th. Two days to be precise..! Well, we made it :-)

Album is almost done now. We're working on the record cover and cd production stuff to get ready for release in the early autumn.

Our forthcoming debut album is in the mix -and mastering phase. Mixed now by Jesper Malling. Mastering at the end of june by Peter Hellesoe. They are two locals and really good ones from Odense. 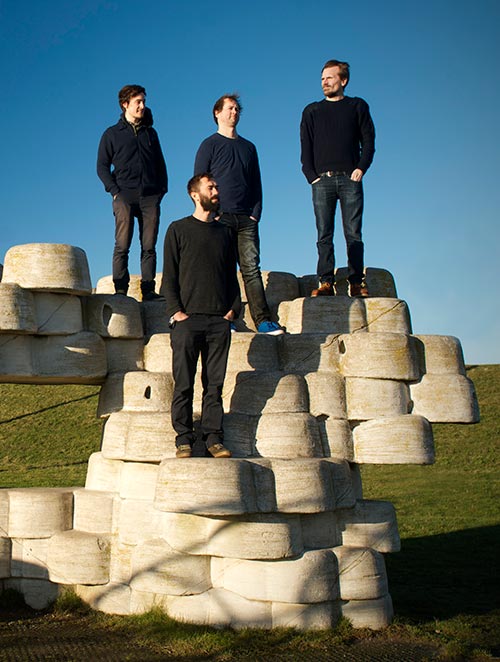 They’ve met each other through their studies at the conservatory in Odense. Their debut album "Don´t Pour Water In Your Kazoo" was released on Gateway music September 25th 2016 and it has been well received on DR P8. Andreas Bøttiger is awarded “Jazzmusician of the year on Funen 2016" 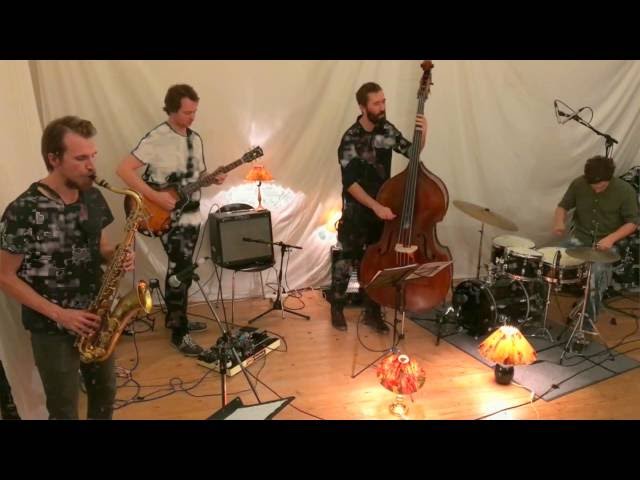